Practice sketches of Obby and my brother playing Pooh Stick.

I read somewhere that the woman with the monkey is a prostitute. Something about women of ill repute owning monkeys?

Going back to drawing adaptations of famous works for the sunday art update. Most of what I know about Madame de Pompadour I learned from a Doctor Who episode. But it just strikes me that the women of history who were strong and intelligent had to be particularly devious to gain power in a time when women were “powerless”.

I changed a few things from Francois Boucher’s original. I couldn’t put a giant bow on her neck so I put a portrait and I’ve got her reading a comic book. I like to think it’s watchmen…though the panels are off for that. And the original has friggin flowers everywhere.Â 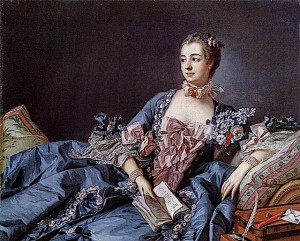 hmm, and the picture that I originally worked from was black and white, so I didn’t catch all of the blue flowers and I gave up on half the ribbons. 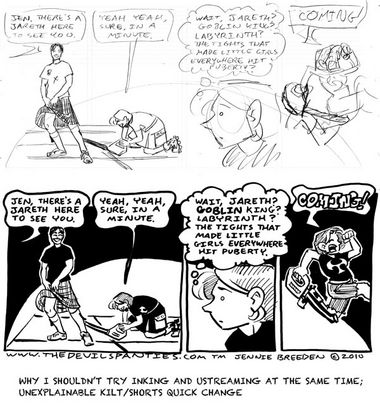 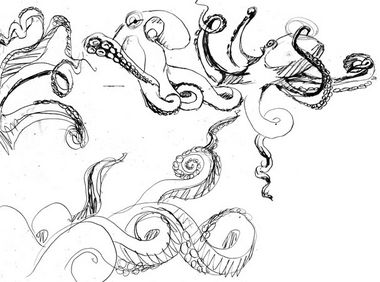