BTW we made it, you guys! The Devil Girl plush is FUNDED.

You all reached the goal in the first 4 days of the Kickstarter. Craziness!

We are now in the final stretch of the Kickstarter, and as you can see by that giant progress bar on top of the page, we have some other optional goals in mind. We’re very happy that we got the Devil Girl, but we feel that the Angel and Pretty Princess also deserve a shot at becoming a plushie reality. If you haven’t already pledged, check out the Kickstarter and see if any of the rewards tickle your fancy!

Also, speaking of rewards, while I was looking over the Kickstarter, I realized a lot of the rewards are composed of things that most of you already own(and thank you very much for THAT!). We do have the Original Sin reward for anybody that wants a piece of Jennie’s continuously unfurling tapestry, but that’s about it for you hardcore fans.

So, we’ve been cleaning up the house, and we found a stack of penciled and partially inked comics that were never published. We also found original art that was used in and on Jennie’s first comic book issues and printed books, including some original inks from the playing card decks.

We think you guys would appreciate them and take care of them much better than we would, so I’ve added some reward levels for those of you who want a little something special.

If you already pledged or can’t pledge, share the project on Facebook, Twitter or anything! A LOT of pledges have come from social media, and the further the message spreads, the more likely it is that we can get all three girls produced.

Thanks, you guys are AWESOME! 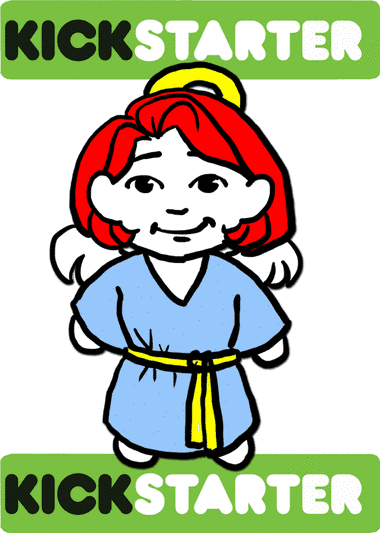 GO DONATE!Â If we can raise $10k more then we can produce an ANGEL PLUSH to go with the Devil girl. If we can raise $15k more after that…. well, we can’t let the two girls get lonely! Â Only 16 days left to get in on the awesome rewards!! 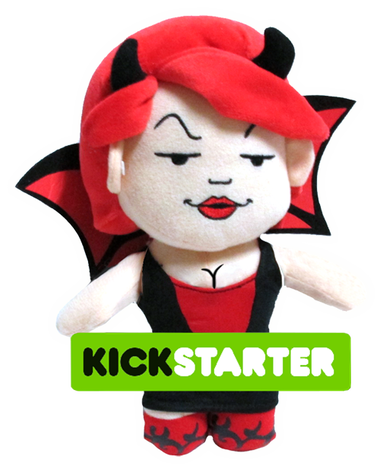 We’re doing a Kickstarter to try and fund the production and shipping of a Devil Girl plush doll. If we hit our goal, then we might also have other things that we want to make…. 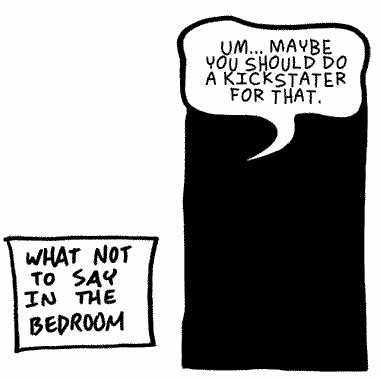 Erfworld is putting together a Motion Comic!

Help out with their KickStarter!