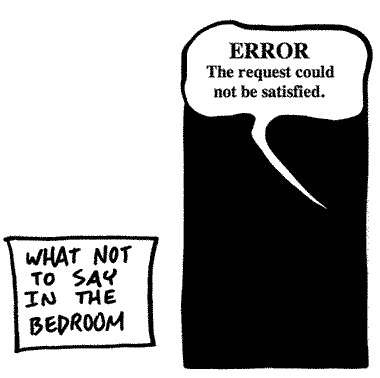 We had a little hiccup with the website a few days ago, and Amazon spit out this error. Then a reader highlighted some potential giggles.

One of you guys wrote in last year asking if we had a Tumblr. The answer was no, and we had no time to make it a yes. Well, you planted the seed in my head and I finally got around to making it happen. The Devil’s Panties now has a home on Tumblr, Facebook and Twitter.

So, for all of you that prefer to base your virtual sojourns out of these online macrocosms: Reblog, Like, and Follow as you will:

I got to sit next to the Sparkling Generation Valkyrie Yuuki table and talk with the lovely creators.