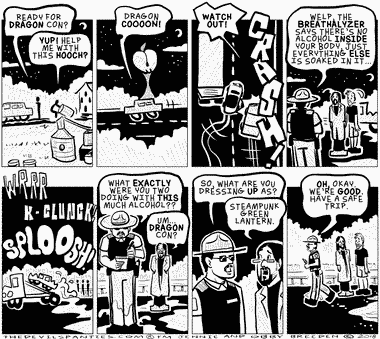 We were home so the robbers had to move on to someone else’s house.

Meanwhile, in the woods:

I didn’t actually see this. Echoes Husband found out from some guys at the youth hostel. I had told him my story about the alarm clock of police activity. He found out that there was a drunk guy running around in his underwear inspired by some girls in costumes from the convention. I did embellish though; he had lost his towel/cape by the time the cops showed up.